Did you know that laughter can be as good for you as a workout? William Fry a pioneer in laughter research claimed it took ten minutes on a rowing machine for his heart rate to reach the level it would after just one minute of hearty laughter. And isn’t laughter more fun than working out? Here are 4 effects of laughter on the body:

1. Blood flow. In a study of the effects that watching either a comedy or a drama the blood vessels of the group who watched the comedy behaved normally — expanding and contracting easily. But the blood vessels in people who watched the drama tended to tense up, restricting blood flow.2. Blood sugar levels. On a study of 19 people with diabetes to evaluate the effects of laughter on blood sugar levels. After eating, the group attended a long dull lecture. On the next day, the group ate the same meal and then watched a comedy. After the comedy, the group had lower blood sugar levels than they did after the lecture.3. Immune response. Studies have shown that the ability to use humor may raise the level of infection-fighting antibodies in the body and boost the levels of immune cells, as well.4. Relaxation and sleep. The focus on the benefits of laughter really began with Norman Cousin’s memoir, Anatomy of an Illness. Cousins was diagnosed with ankylosing spondylitis, a painful spine condition, found that a diet of comedies, like Marx Brothers films and episodes of Candid Camera, helped him feel better. He said that ten minutes of laughter allowed him two hours of pain-free sleep.

This blog will try to provide something that can give you a hearty laugh every few days. 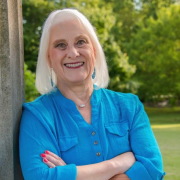